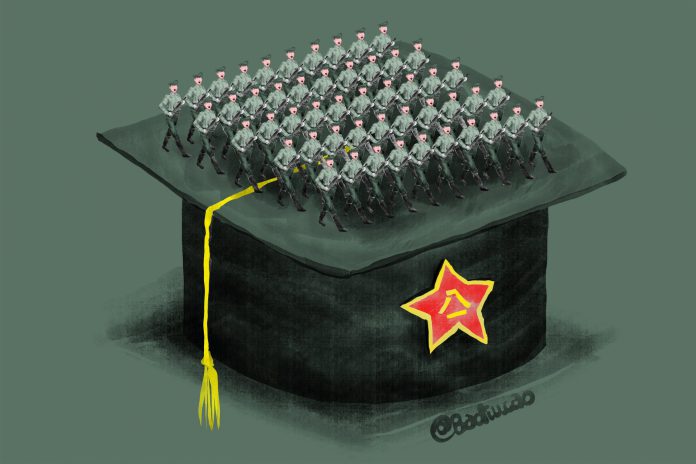 The paper explores the military and security links with China’s Universities. The methodology used to explore these links is the China Defence Universities Tracker. This tracker is a checker for the foreign universities, who would wish to sign MoU’s (Memorandum of Understanding) with Chinese universities. The author claims that Chinese Communist Party (CCP) is building links with China’s civil universities, so as to maximize their military power. This process of CCP building links with civil universities is referred to as the civil-military fusion system. The tracker has found 15 civil universities in China that were involved in cyber-attacks, illegal exports, or espionage. The Chinese defense university conglomerates have sent thousands of their employees abroad to get world-class training, expertise, and technology, through exchange and joint laboratories with foreign universities. One of the universities called “Harbin Engineering University” has been linked to five cases of intellectual theft including stealing missile technology from Russia. The author recommends that to manage the risks of engaging Chinese universities with foreign universities, the later should work in collaboration with their respective governments and build a culture of proactive awareness of risks. In the case of Australia, the author suggests that they use the “China defense Universities Tracker” in order to improve the screening of visa applicants. This tracker is a tool to help researchers understand the institutions in China and to protect the country from any security threats.