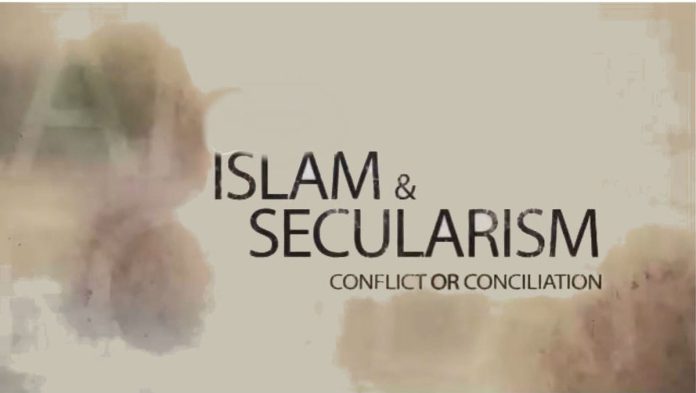 The author calls for Muslim scholars, reformists, and Muslims globally to rethink the relationship between Islam and secularism. In recent years the role of Islam in the secular state and related issues such as democracy, pluralism, and religious freedom as well as issues of Muslim citizenship in secular countries in Europe and America have been reexamined. The research conducted has revealed that the real question is not what Islam is, but what the majority of Muslims do believe and want. A stamp of Islamic politics has been the belief that Islamic principles and values govern all aspects of life and that Sharia acts as a framework for all human activity, individual and public realms. Muslims conceive of the Sharia and its ability to change and adapt to contemporary concerns and conditions. In this sense, Muslim scholars and religious leaders in Europe and America are using the civilizational approach in addressing questions of faith and identity, integration or assimilation, religious pluralism, and tolerance. They advocate a synthesis, an identity based on common values as a basis for citizenship. The author concludes that most believers desire a system of government in which Islamic principles and democratic values coexist. According to his research, neither the liberal democracy of American or western model nor a theocratic government is accepted by the majority of Muslims.